The Return of The Sacred Bull 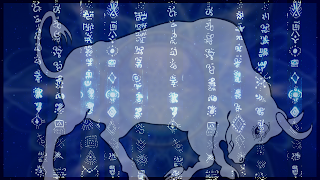 I had a dream recently in which I was transported into 3 levels, the first two parts of the dream were like levels of consciousness and this third part of the dream was a spiritual consciousness. I was sucked into the earth on the second dream and I was transported to 7 mystical or magical worlds. These worlds consisted of fairies, primordial beings, earth elementals (specifically the trees), light beings, transcendence of the animals into a higher consciousness, a world of sacred geometry (& beings that exist there). There was more as well but they were all sort of mixed up, worlds and sub-worlds. I started going into these different worlds as a messenger and was asking these beings to wake up. I was telling them it's time to awaken and teaching them. The last world I went to was with the white wolves, they were very large like dire wolves.

The wolves felt very native, like Native American but even more expanded. The forest was dark and mystical. The sounds were vibrant and even though it was dark everything seemed to sparkle. I was in the middle of a circle of wolves; surrounded by them. I had to fight them but they would not hurt me, it was just a test. Once I passed the test, I was speaking to them in the middle of the circle. Then all of a sudden I turned into the sacred bull.

I had to research the sacred bull after I woke up form this dream. I believe this dream is a message for the collective and I'm honored to have had this experience so I can share it with you. The sacred bull is not mine alone but is significant to all of us as a collective. Now what does it mean?

This legend comes from the  Lakota (Sioux) Nation that is native to North America. The legend of the white buffalo calf woman most strongly resonated with the dream I had. In this legend two young men are out hunting and out of nowhere a beautiful young woman dressed in white buckskin appeared. One man recognized her as a sacred being and lowered his eyes. The other was overcome with lust and walk towards the woman, she covered them in a cloud of dust and when the dust cleared he was a a pile of bones and ash. She walked towards the other hunter and told him not to be afraid she had merely fulfilled the other man's desire and he lived a lifetime in an instant. She told the other man to go back to the village and tell everyone to pray to get ready for her. He listened to her.

When the woman came to the village she gave them a sacred bundle, taught the people the 7 sacred arts and the 7 sacred ways to pray (I'm not going to get into them now for times sake). Before the woman left she turned into 4 different bulls representing the 4 ages where she would look back upon the people. First, was a black buffalo, then she walked a little further laid down and got up, turned into a yellow buffalo. She did this again and turned into a red buffalo, then a white buffalo lastly. This last transformation was the fulfillment of the white buffalo calf prophecy. The sacred bundle the woman left with the Lakota is still in South Dakota and guarded by the natives there. The buffalo represented the four directions of the winds, north, south, east, and west. Also, representing the four races of man but I have a little discrepancy with this because it feels more like souls to me then skin color.

Anyway this is what this prophecy represents “With the return of the White Buffalo, it is a sign that prayers are being heard, that the sacred pipe is being honored, and that the promises of prophecy are being fulfilled. White Buffalo signals a time of abundance and plenty"(from Sams and Carson, Medicine cards). You can read this full legend here.

The Sacred Bull in Other Cultures


After Reading a Little More

So after reading a little more about the sacred bull gods from around the world, I have come to this conclusion. It seems there is an impostor god who feeds on the energy of others and uses this image to their benefit for fear based traditions. There is another associated with fertility and the coming of a new age. The older depictions of the sacred bull are far more positive and the later traditions seem to be a degradation of the original being. Then we have the Native Americans who received a clear message about the sacred bull or buffalo and it's transformation throughout the ages. Could it be as the patriarchy took further control the ways of the feminine were lost? Were ancient symbols inverted and used for acts of terror against all of humanity? I'll leave you with that question. Perhaps as we look back in history at the rise and fall of the sacred bull, we can see now these old layers are being stripped away. This is a renewal and reawakening of consciousness, the return of the sacred bull, wielded by the great mother herself. I implore you to question everything and not only think critically but feel into these energies.